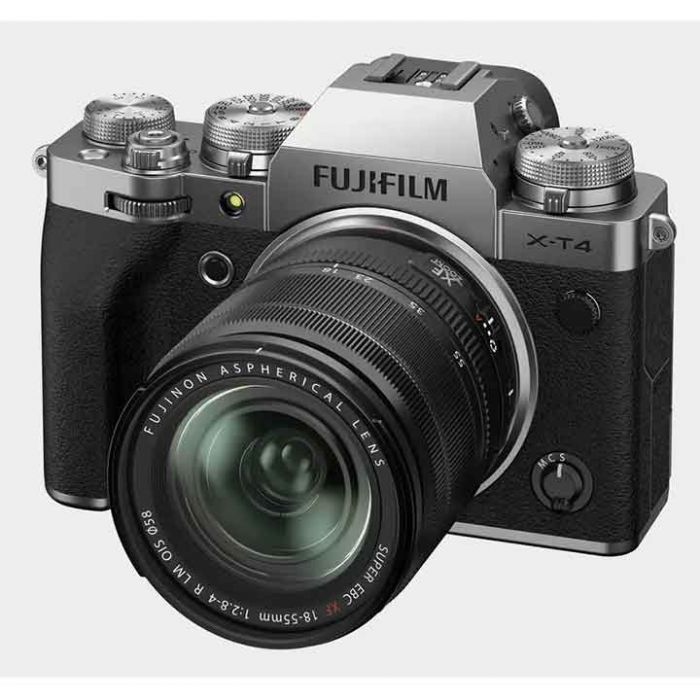 SKU
Fujifilm-X-T4+XF-18-55mm-f2-8-4R-LM-OIS-Lens-Silver
Be the first to review this product
$2,962.00 Regular Price $4,198.00
Overview
The X-T4 is the first model in the X-T Series to feature an in-body image stabilisation (IBIS). It provides 5-axis 6.5 stop image stabilisation when used with 18 out of 29 XF / XC lenses. This is due to the use of new materials for the base part, refined layout of the shutter’s shock-absorbing structure and newly developed gyro sensors that boast approximately eight times the detection accuracy of the IBIS unit in the X-H1.
Details

26th February 2020. Fujifilm has announced the X-T3 replacement (which as of today is still available - look to the links of this page), the Fujifilm X-T4. Fujifilm have made the announcement VERY early as stock is not due until May 2020.