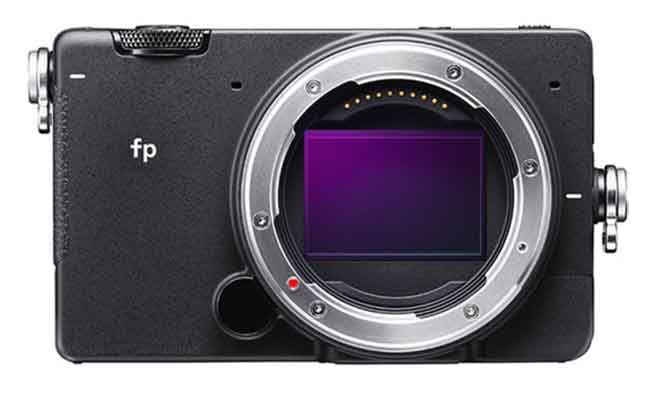 Making it a top priority to realize these three concepts all at once and without requiring any trade-offs, SIGMA selected only the elements and mechanisms that were truly needed with no compromise to create the SIGMA fp as the embodiment of an “entirely new digital camera that SIGMA can offer to the world right now.”

It's a camera body that changes its shapes with great flexibility centered around the user. It's a tool that gives the user the joy of a new camera life that they themselves are yet to discover. It's a new system camera that will overturn the paradigm of “digital cameras.”

The “smallest and lightest body possible” with which one can express their creative ideas whenever they want, combined with a “full-frame sensor” that is suitable for serious occasions without compromising on image quality, and “superb build quality” that makes the camera the perfect linchpin of a high-performance lens system.

An “open system” that allows one to pair the camera with not only SIGMA lenses but also other lenses and accessories, whether from SIGMA or other brands, using a variety of attachments, complete with “ultimate versatility and scalability” that makes the camera adaptable to any scenes.

The SIGMA fp is a frontrunner in incorporating functions that help exploring the photographic and cinematic creations. For instance, in addition to a number of different color modes, the SIGMA fp has newly introduced the “Teal and Orange” mode, inspired by the color grading technique commonly used in Hollywood films. Each mode has a slider that enables adjustment of the strength of the effects to apply, providing even greater control in one's creations.

The SIGMA fp is the first SIGMA camera to employ a tone curve adjustment function in addition to "Fill Light", a special adjustment function of SIGMA Photo Pro, and they are both available in-camera. It has also newly introduced "TONE" and "COLOR" buttons for a quick access to each of the tone control and color mode menus. With these enhanced functions and a variety of operation elements, the SIGMA fp makes it simple and easy to create an image, in-camera with great details, be it still or video.

L-Mount is a mount optimized for mirrorless cameras, characterized by a short flange focal length, large diameter, and superior durability.
In 2018, Leica Camera AG, Panasonic Corporation and SIGMA launched the L-Mount Alliance, and announced that the three companies were to develop their own camera systems based around the same L-Mount standard. As an L-Mount camera, the SIGMA fp can be used with various L-Mount lenses offered by Leica and Panasonic, in addition to SIGMA lenses.

The L-Mount realilzes a camera system that goes beyond the boundaries between manufacturers, with unprecedented levels of scalability and possibilities.

Preserving the distinctive “feels” of SIGMA cameras including dials and QS (Quick Set) buttons, the SIGMA fp has a specially designed operation system and displays for each of the Still mode and the Cine mode. At the flick of a special switch, it can move back and forth between the two modes. This presents a new shooting experience that goes beyond the boundaries of traditional cameras that are designed either for stills or videos.