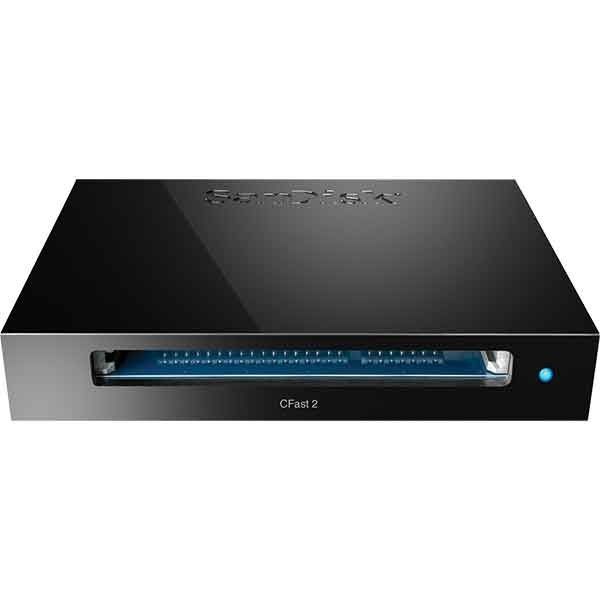 Compact and portable, this card reader travels easily from the studio to the field and is backward compatible with USB 2.0.

Designed to meet the demands of the cinema, broadcast, and photography industries, the SanDisk Extreme PRO CFast 2.0 Reader/Writer is the first to support CFast 2.0 technology. This single-slot card reader is an ideal accessory for the new generation of high-performance cameras and camcorders based on CFast 2.0 technology.

When plugged into a USB 3.0 port, the SanDisk Extreme PRO CFast 2.0 Reader/Writer supports data transfer speeds of up to 500MB/s, up to 10 times faster than USB 2.0 interface. This saves you time when moving large quantities of RAW image files or Full HD video files from your camera to your computer.

Built to handle the high-performance demands of CFast 2.0 memory cards, this reader/writer offers professional photographers and videographers the workflow efficiencies needed to stay competitive. It comes with a USB 3.0 cable and features a compact design that makes it easy to take with you from the studio to the field.